Category winners will hold their category perpetual WRC trophy until the next WRC in Latvia in 2017. 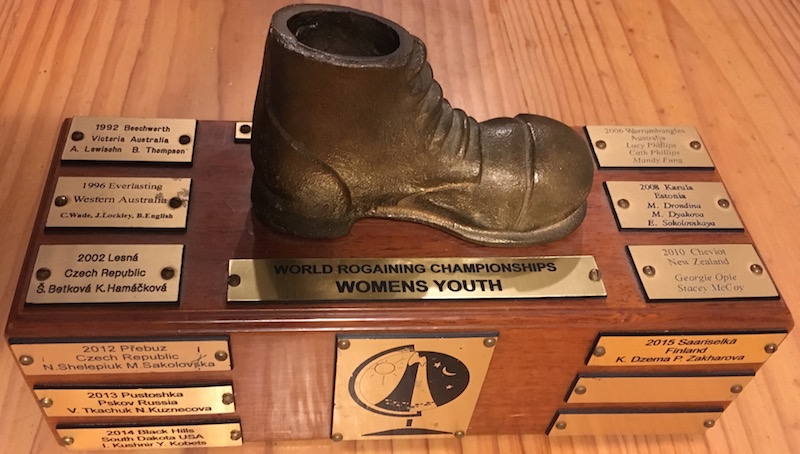 The trophies for the winners of the 14th World Rogaining Championship were inspired by some made by Jon Potter for the Australian Champs in 2007.

The geology of the ranges in central Australia is varied and striking. If you travel from north to south across the rogaine course you will move through more than 1,000 million years of geological history! The trophies reflect this with the ultra-veteran categories getting the oldest rocks through to the youth categories getting the youngest rocks on the course. Here is a little bit about each of the rocks.

There will also be a poster display at the Hash House about the general geology of the area. 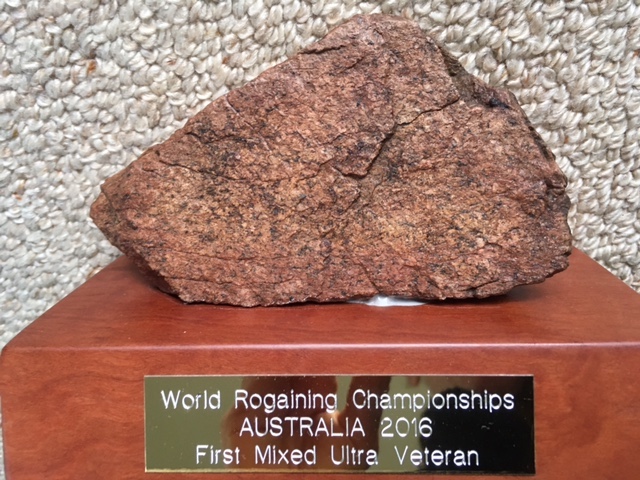 The ultra-veteran’s rocks are from the Tommys Gap metamorphics. They are very old - around 1600 to 2500 million years old (early Proterozoic). The rocks that make up the formation called the Tommys Gap metamorphics are a mix of lots of different rock types that have been well cooked. Formally they are an interlayered succession of hornblende gneiss, meta-igneous amphibolite, quartz-rich metasedimentary rock, metabasalt, quartzite, marble and chlorite schist. 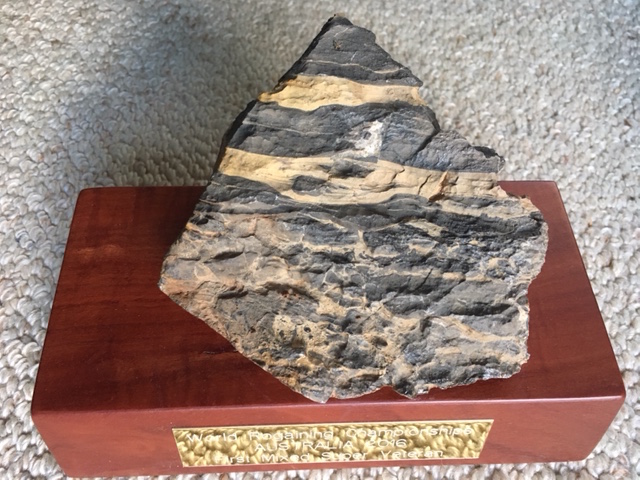 The super-veteran’s rocks are from the Gillen Formation. This formation is a mix of dolomite, limestone and siltstone about 820 - 896 million years old (late Proterozoic). The rock was deposited in the sea. Layers of rock within this formation are thick with salts and seismic testing says these rocks may contain oil or gas. The salt layers form a seal on the oil and gas. 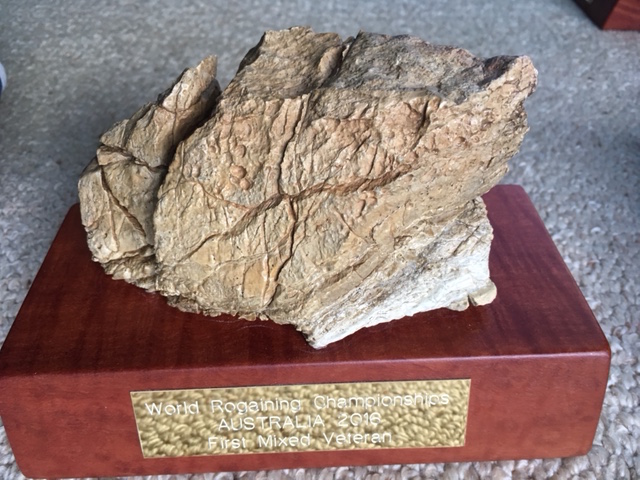 The veteran’s rocks from the Julie Formation. This formation is a mix of limestone and dolomite about 590-660 million years old (late Proterozoic). The rock was formed in a shallow sea with only a little sediment entering from the land. There are a few rare stromatolites in these rocks, a very early form of life on earth. The area behind the Ross River Homestead is the “type” locality for the Julie Formation – that is the place where geologists first described this rock. 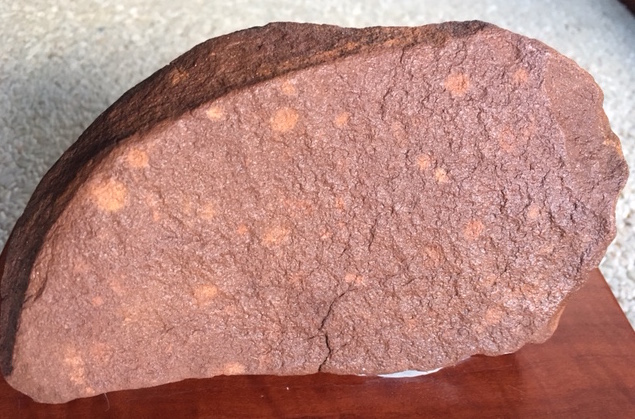 The Open category rocks are from the Arumbera sandstone and is about 500-590 million years old (late Proterozoic to early Cambrian). The rock was formed from silts and sands being deposited in a shallow sea. The deep red colour is because there is a lot of iron within the sandstone. The silt and sand that makes up the Arumbera sandstone comes from the weathering of rocks aged about 1000-1200 million years old. The youth category rocks are actually still quite old. They are from the Shannon Formation. This formation is a mix of siltstones and limestones about 488 to 500 million years old (late Cambrian). The rock was formed just off shore and contains many fossils including ancient thrombolites and stromatolites, which can still be seen in Western Australia today.

Medals for first, second and third place winners in each category are made from different sorts of wood with matching ribbons. 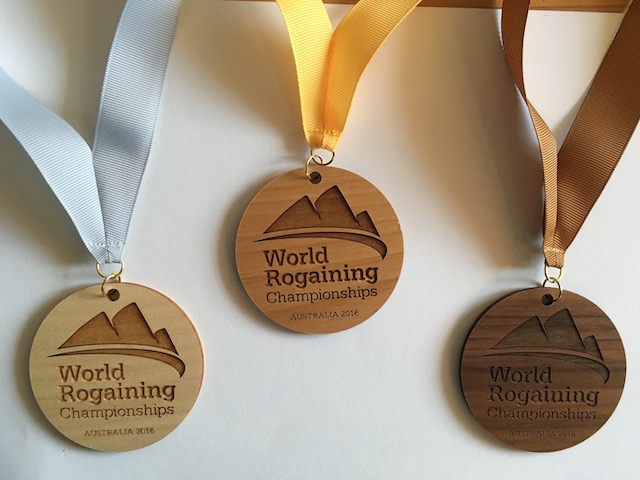 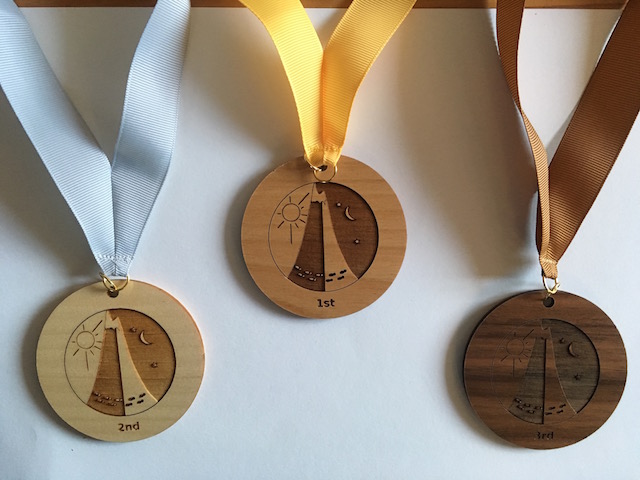 Second place getters in each category will receive a WRC2016 souvenir boomerang.

Third place getters in each category will receive a WRC2016 desk plaque featuring the Sphinx, a unique rock feature on the course. 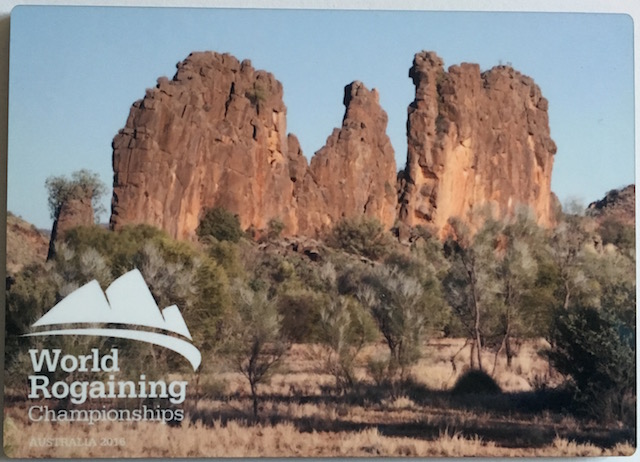